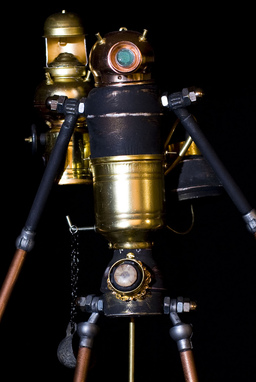 Aether Dancer is an open source steampunk webseries produced and directed by Steven Lambert.  The idea is to shoot episodes with professional actors for the main storyline, establishing major characters, locations, and themes.  Fans can create characters and stories
of their own, some of which may intersect with
that storyline.

A meteor storm peppered the Earth with rocks, wiping out the old civilization but bringing strange materials with which to build new ones.  In the land once known as North America, four great factions have arisen.  The airship Aether Dancer  now travels the sky in search of adventures.

I've been following the Aether Dancer project since July of 2011.  I've written a number of blog posts, done an interview with Steven Lambert, and helped attract some new fans.  I look forward to exploring the open source aspects as the character development progresses.  Aether Dancer appeals to me because of its unusual premise, strong female characters, and original storytelling potential.  As a crowdfunding scholar, I find it a promising project.

Contribute to the Aether Dancer fundraiser on IndieGoGo, where you can watch a teaser video that describes the backstory and setting.  If you want this project to happen, help fund it!

Visit the Aether Dancer page on Facebook for current news.  Too broke to donate toward the fundraiser?  Boost the signal with Likes and Shares.  Word-of-mouth advertising is precious and powerful stuff.

Read "The Aether Dancer Open Source Steampunk Webseries" by Logan Creed on Facebook, a description of the open source structure of the project.

Read "Aether Dancer Is Open Source" by Elizabeth Barrette (ysabetwordsmith) on LiveJournal, an analysis of how open source works and why it is important.

Read "The Aether Dancer Steampunk Webseries Part 2" by Logan Creed on Facebook, a further expansion of details about the project's budget and implications.

Read "Aether Dancer Villain Contest" by Elizabeth Barrette (ysabetwordsmith) on LiveJournal, with a listing of some favorite villains. 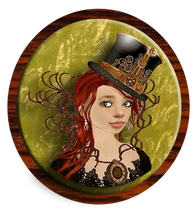 Fans of the Aether Dancer open source steampunk show may create characters and produce material within that setting.  They may film scenes, draft scripts, write literature, create objects, etc.  As the core storyline appears in Aether Dancer episodes, main characters may mention fan characters by name or talk about their exploits.  The Aether Dancer website will host or link fanmade material so that viewers can find the actual fan characters, scenes, stories, and other goodies.  A forum is planned so that creative people can network with each other to connect their characters, and brainstorm ideas together.

Learn more about characters in the Aether Dancer setting. 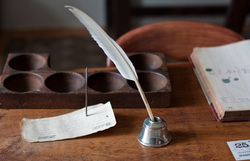 Aether Dancer is an open source project.  This means that fans can create their own material -- film scenes, write literature, draw pictures, make crafts, whatever -- and those things can become part of the background setting for the main action.  Here is a guide to some of that fan material. 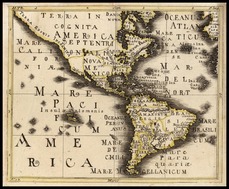 The teaser video for the Aether Dancer project includes a map
of North America, along with a narrative of the political divisions.  This map appears @ 0:41 in the video, divided into four factions.  The text descriptions, partly taken from that narrative, are not necessarily canon; but this is what we have to work with for the time being.

See a glimpse of geography in the Aether Dancer setting. 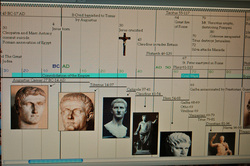 So far, only a few details have emerged regarding the timeline of the Aether Dancer setting.  Some appear as part of the project introduction on the IndieGoGo fundraiser page.  Others have emerged from discussions with project organizers in various Aether Dancer venues.

Browse a timeline for the Aether Dancer setting.

Why keep going after that first campaign?  Many great accomplishments in history required multiple attempts before they succeeded.  We are dissatisfied with the offerings of mainstream entertainment, and we believe that it's possible to do better.  Aether Dancer is something better. We choose to devote our time, energy, and funds toward fulfilling those dreams.  Even if it doesn't come together, we consider our efforts well spent because they demonstrate serious interest in projects of this quality and content.