How to Begin a Crowdfunded Project 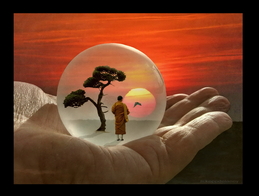 You've read about Crowdfunding (aka Cyberfunded Creativity), a business model in which creative folks sell their work directly to audiences online. You've probably seen one or more projects by other people.  Now you're considering a project of your own, and you aren't sure how to get started. Here are some tips...
1) Join a crowdfunding community on LiveJournal or on Dreamwidth.  (You may find similar communities on different blog hosts or other venues.)  There you can observe other people's cyberfunded creativity projects, learn about new ones, talk with other creators, read polls about crowdfunding issues, post about your own project, and invite feedback.  Such communities are great resources for creators and donors alike.  In one place you can do many of the other recommended steps.

3) Explore cyberfunded creativity by other people.  Many projects, including whole fields of things such as webcomics and online novels by famous authors, are available elsewhere on the web.  Do some serious browsing.  Here are some good starting places:

Network widely to attract new members. Watch for people who comment and/or donate a lot in other people's projects. If you make friends with them, they may do the same for your project. Also, vocal people are good indicators of what an audience likes; if several people say they like something, probably others like it also. Feedback on other projects can help improve yours.

5) Ask your audience what they want.  This is another aspect of audience interaction: people are more willing to give you money if you deliver exactly what they want, especially if nobody else can or will.  They may prefer certain characters, painting media, song topics, or some other facet of stuff you're already doing.  Find out where your passions overlap theirs and pump that.

6) Pick an exciting idea.  Some cyberfunded projects are small, but many feature ongoing characters, plots, settings, styles, or other motifs.  Try to find something you will enjoy doing for a while.  If it works, it's easier to keep people paying for more of something they already like than to start from scratch all the time and hook people on new stuff.  However, switching to new things sometimes is also good; don't let people get bored.

7) Figure out what presentation mode will suit your needs.  Some projects use specific donation levels or subscriptions.  Others have a general donation button where people give whatever amount they choose.  Some projects are one-shots, while others are ongoing.  Media used in cyberfunded creativity include writing, art, photography, music, movies, and others.  Mix and match as you wish.

8) Plan to promote your project.  Use different media such as blogging, social networking, email lists, web ads, personal conversation, flyers, whatever works for you.  If you're not comfortable blowing your own horn, cyberfunded creativity will pose an extra challenge for you; be prepared to deal with that.  It helps to enlist other people to promote your project, such as echoing announcements on their blogs or putting your banners on their websites.

9) Network with other cyberfunded creativity providers.  If you comment on their projects, donate, and/or echo their announcements then they are more likely to do so for yours.  Decide whose work you really like and make friends with them.  Tell them about your project and ask about theirs.  Post and comment frequently on crowdfunding communities to join in conversations with other creators.  Put "cyberfunded creativity" and "crowdfunding" in your Interests on your social networking, blogging, and other profiles.  When people subscribe to your blog or grant you access to theirs, return the favor unless you have a strong reason not to; this really boosts your exposure.

10) Offer something before you ask for something.  Start small and work up, especially by offering free samples before requesting money.  This helps attract and retain audience members.  It also lets you try things out and tinker with them before a project gets too solid to change easily.  That way the paid version can be a bigger and better expansion that makes people want it even more.

Similarly, many crowdfunding creators use some kind of perk for their donors or even their whole audience.  Artists may scan additional art from their sketchbooks.  Writers may offer an extra post.  Both use "honor roll" lists naming their donors, and either may offer character cameos that put donors into their world.  People selling prints, books, etc. may offer free shipping or tuck surprises into a package.  Use your imagination and think about what kinds of things would make you go squee, then provide that for your audience.


Cyberfunded creativity is the ultimate do-it-yourself venture.  What you get out of it depends primarily on what you put into it.  Do your homework.  The more thorough your research and the more careful your development plan, the better your project's chance of success.  It is up to you to find a dream worth believing in ... then figure out how to manifest it in reality.  Go for it!

(This is a revised version of an article that I previously posted over on the LiveJournal community Crowdfunding, then later reprinted on the Dreamwidth one.)