What Is Serial Poetry? 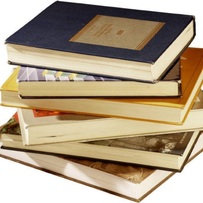 Some of you folks already know me from my work on this website or previous hosting weeks on the Poetree community.  For everyone else, hello, I'm Elizabeth Barrette, wordsmith for hire.  I write a great deal of poetry, especially in my monthly Poetry Fishbowl project.  I'm also active in the Crowdfunding Creative Jam, the Torn World Muse Fusion, and Schrodinger's Heroes projects -- all of which include some poetry.  This week I'm going to talk about serial poetry in particular.

In attempting to research this topic online, I discovered that ... very little has been posted, and a majority of that is either incomplete or inaccurate or both.  I'll try to fill in some gaps here.  Just so you know my qualifications, I have a bachelor's degree in Rhetoric with a Women's Studies minor, and supporting coursework in literature, ethnic studies, and related areas of interest.  I've run magazines, including their poetry selections.  I'm also sitting inside a house with a 10,000+ volume library of which one full bookcase is poetry.  So I have a very wide perspective of poetry through the millennia and across cultures; I therefore tend to take a dim view of more narrow-minded depictions.

Serial poetry comprises a branch of literature in which a sequential or kaleidoscopic story is told in verse.  Each installment reveals a new part of the story arc.  When read together, the individual poems combine to show the big picture.  This often creates an extended narrative -- poems unfolding events one at a time -- but it doesn't have to.  A series might also explore a single event from the perspective of multiple characters, or how individual devices influence life in a cultural setting.  What matters is that the poems 1) have individual identity, standing alone well enough to make sense before the whole set has been read, which distinguishes a series from a single epic poem; and 2) have collective integrity, fitting together like the pieces of a puzzle, which distinguishes a series from random poems by the same author or other unrelated collections.  Another term for this is "poetic cycle."

People don't always have a clear understanding of serial poetry, so misconceptions sometimes muddy the waters.  Serial poetry is not new.  Neither is it confined to the English language or mainstream European and American cultures.  People have been writing batches of related poems pretty much from the beginning.  This simply comes in and out of fashion over the centuries, and some cultures like serial poetry more than others do.  Similarly, the serial nature of a poetic collection has nothing to do with the length of the individual poems.  Long poems are popular in series, especially narrative storylines written in free verse, but it's just as possible to use short forms.  The haiku chain exists in various iterations, some of which are serial poetry.

Within the poetic field as a whole, most poems are short and intended to stand alone.  A series therefore gives the author and audience more room to establish a distinctive setting and complex characters as the action unfolds.  The poems may connect directly in a chronological manner that relies on continuity.  However, they may simply involve the same people or take place in the same setting, with more oblique connections.  Serial poetry is particularly well suited to letting people step away from the main path to explore something interesting off to one side.  Poetry is less obligated to make logical sense, and more free to indulge in emotional or philosophical interludes, compared to fiction.  Remember that poetry says slant what may be difficult or impossible to say straight.  So a poetic series might follow a main subject of a war through its battles, yet pause while an individual soldier examines a patch of crushed wildflowers and muses over the impact that the war has on the landscape.

Over the past several years, I have developed a number of poetic series.  Previously I have posted some of the individual poems on Poetree.   You might like to revisit these in preparation for subsequent discussion of serial poetry.


What does serial poetry mean to you?
What are some of your favorite examples of it?
What do you think about how some of these series unfold over time?

"The Wingdresser's Kitchen" began with a prompt from Dreamwidth user jjhunter about how, if everyone had wings, there would be people providing professional wing care.  That got me thinking about the politics of ethnic hair and discrimination against African braiding in cosmetology.  So I extrapolated what might happen with wings, and I looked up bird species from Africa (see Jardine's Parrot and Red-bellied Parrot) to go along with this.

The poem has proven very popular.  You can read some feedback under the original post in my blogs on Dreamwidth or on Livejournal, or on the Poetree community.  The ideas and discussion points stuck in my mind.  They emerged again during the October 2-3, 2012 Poetry Fishbowl  through a cluster of poems about demons (the month's fishbowl theme), angels, and wings.  None of those deal with the same characters or voice.  (A later one does; see "On a Wing and a Prayer" for more about Sheba and her community.)  However, they share common themes and a subtle resonance that, in my mind, places them within the same world and series, now entitled Fledgling Grace.  Visit my Serial Poetry page to see a description of the series and a list of the other poems.

"A Discretion of Form: seriality and connectivity in chapbook culture" -- a very thoughtful examination of how chapbooks can function as serial poetry; consider that some chapbooks are just random collections while others have a tight theme and/or sequential relationship in their poems

"Linking the Epigrams With A Theme: The Example of Martial, Books Two and Three"

"Made Things: Serial Form in Modern Poetry from Taiwan"

"Revised Thoughts on the Long Poem"

"Seriality and the Contemporary Long Poem" -- not very accurate, but worth a look since there's isn't much analytic discussion of serial poetry.

"The Stripping Point" -- a review of a poet's serial poetry and its structures.


This article was originally posted to the Dreamwidth community Poetree on 10-22-12.