Elizabeth Barrette has sold a variety of short stories, poems, articles, and other work for use in anthologies, periodicals, etc.  A partial listing appears below, with emphasis on those volumes available for online purchase; scroll down to see Amazon links at the bottom of the page. 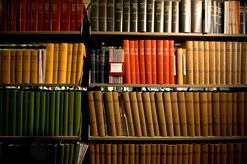 Annual anthology books are listed in this section.  Almanacs and other annuals are listed below under "Annuals, Magazines, and Other Periodicals."

Annuals, Magazines, and Other Periodicals

The writing of Elizabeth Barrette has appeared in many of the Llewellyn annuals since 2000.  Those listed below are still available on Amazon.