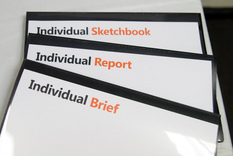 Crowdfunding is a business model that allows ordinary people to pool their resources to make things happen.  Cyberfunded creativity is a branch of crowdfunding that connects creative people directly with their audiences online to release materials outside the conventional publishing processes.  Within those parameters exist a great many different types of project.  Here's a look at some that have appeared, particularly in the Crowdfunding communities on LiveJournal and Dreamwidth.


cyberbusking -- a music project in which the creator makes and/or performs songs, usually available for download in MP3 or other audio files, sometimes done via streaming broadcast.  People may buy individual songs or whole albums, sponsor songs for publication, and/or just tip for the project in general.

fest -- a group activity centered around creative material.  Various things are included under the general "fest" concept, usually some kind of creation and exchange of writing and/or artwork.  It may or may not involve money.  Also known as a festival.

fishbowl -- a traditional exercise in which someone does an activity in front of an audience, while the audience makes suggestions or analytical comments.  In a writing or art class, this is typically done by seating one or a few people at the front of the room to work while the rest of the class observes; ideas or observations may be recorded on the blackboard.  In cyberfunded creativity, this has been adapted to a live writing or art activity online, usually hosted on a blog, where audience members post ideas and the creator makes something using those ideas.

free art day -- an activity in which an artist makes pictures without charge, usually running between 12 and 24 hours.  It often includes a call for prompts, with perks focused on upgrading the refinement or size of the pictures.

fundraising drive -- a project hosted on a hub site, such as Kickstarter or IndieGoGo, which manages donations with a specific goal and end date.  There are customarily perks for different levels of donation.

giraffe call -- the name for Aldersprig's fiction activity, which involves calling for prompts and then writing short bits of fiction.  It derives from an earlier fundraiser for a giraffe-patterned carpet to go in Aldersprig's new home, and from the Hollywood term "cattle call" for actors seeking a part.

jam session -- a crowdfunding activity with lots of creators and prompters working together.  Sometimes they collaborate on the same item; other times they work on different items.  A given piece may inspire another, as when a prompt leads to a picture that inspires a story.  Some items are usually posted free, while others are available for sponsorship.

Muse Fusion -- a crowdfunding activity focused on the shared-world setting Torn World.  Anyone may leave prompts, which Torn World creators use as inspiration for stories, poems, artwork, etc.  Some items are usually posted free, while others are available for sponsorship.

one-card draw -- a divination activity in which the audience may ask questions and receive readings based on a single card, rune, or other tool selected from a larger set.  The usual format offers the one-card reading for free, while more elaborate readings are available at a set price.

periodical -- a project that comes out at specific intervals.  Some webzines have a monthly or quarterly publication, like magazines; some other projects are weekly, like certain newspaper features.  In crowdfunding context, these may hold fundraisers to pay for a certain number of issues, or they may use donation buttons on individual items as a way of paying contributors.

serial -- a project created in installments, posted piece-by-piece over time.  Webfiction and webcomics often appear as serials.  The serial form is quite old, but had fallen out of fashion for a long time, until cyberspace revived it.  Now it is rapidly gaining popularity again.  Also known as webserial.

swap -- an activity usually aimed at promotion or community building rather than money, this involves making fiction, art, or other creative material for each other.  Sometimes an artist and writer are paired to make related works.  Other times writers are set up to write in each other's settings, or artists are assigned to draw each other's characters.  This can also encourage audiences to cross over and look at different projects.

tutorial -- explanation of how to do something, or how something was made.  This can be done in text and/or pictures, sometimes video or audio.  Arts and crafts lend themselves well to step-by-step instructions, but any process can be described that way.  A tutorial of a popular item is sometimes offered as a perk, but other times people will ask for a tutorial and be willing to sponsor it.  Nonfiction crowdfunding projects are uncommon, but some that exist are there to teach people how to do things.  Also known as how-to.


This article originally appeared as a post in the Crowdfunding communities on LiveJournal and on Dreamwidth.