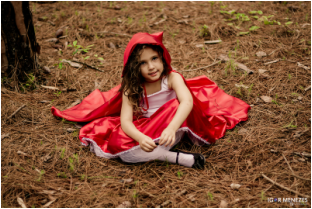 Centuries ago, Alicia Martins fell prey to mad science torture.  It was intended to bestow immortality.  It worked.  But that's not all it did. Possessed of formidable superpowers in the body of a seven-year-old girl, she has become Dr. Infanta, the greatest supervillain in the world ... or superhera, depending on whom you ask.
"Lifeyears" (outside fishbowl)
Summary: Alicia is a peasant child purchased by a noblewoman for experiments to extend life. They work. When Alicia discovers what she can do with her powers, she soon gathers adult protectors and trades her skills for what she needs.
Characters: Dr. Infanta (Alicia Martins)
Guest stars: Maria
Cameo appearance: Paulo
Prompted by DW users rosieknight, chordatesrock, and Hurt/Comfort Bingo Card 6-10-13
Sponsored by Anthony & Shirley Barrette

"Die Faltenlilien" 3-3-15
Summary: Back in WWII, Dr. Infanta and her family got caught in the blast of a Sterbenfeld device. It's one of the reasons she's a bit touched in the head.
Characters: Dr. Infanta (Alicia Martins)
Guest stars: Nanette
Cameo appearance: Melissa, Cheval
Prompted by DW users stardreamer and mdlbear, LJ user rix_scaedu, Shirley Barrette and Hurt/Comfort Bingo Card 11-25-14
Sponsored by Anthony & Shirley Barrette

"'Til Legends Live" 3-15-15 (Creative Jam)
Summary: Granny Whammy and Dr. Infanta are both living legends in their own way, bridging the past and the future. Their lives are entwined even though they're on opposite sides of the cape, and sometimes that gets interesting.
Characters: Granny Whammy, Dr. Infanta
Prompted by DW user shipwreck_light, Genprompt Bingo Card 12-17-14
Sponsored by DW user lb_lee

"Wiser Than the Sons of Men" 9-3-14 (fishbowl spillover)
Summary: A veterinarian in Westbord discreetly provides care for soups who have animal traits. So when the Undertaker gets injured, that's where he winds up.
Characters: the Undertaker, Dr. Althea Melas, Dr. Infanta
Cameo appearance: Lorry, Cheval
Prompted by LJ user ng_moonmoth and Hurt/Comfort Bingo Card 6-10-14
Sponsored by general fund and LJ user ng_moonmoth

"A Means to the Knowledge" 11-4-14
Summary: Alicia and Judd practice riding together, but it's boring all by themselves. So they find a pony club holding a gymkhana meet. Won't this be fun? Oh, and somebody in Terramagne came up with a brilliant solution to the "everybody gets a ribbon" issue.
Characters: Alicia, Judd
Guest stars: Cheval, Nanette
Cameo appearance: Dickon, Siobhan, Arran, Tom
Prompted by LJ users siliconshaman and rix_scaedu
Sponsored by Anthony & Shirley Barrette

"Miracles and Other Lies" 8-5-14
Summary: Nanette has an interesting view on taking care of someone who looks like a child but isn't quite, thinks like a child in some ways but not others, has lived through more history than most people bother to write down, and not everyone agrees is a supervillain.
Characters: Nanette, Dr. Infanta (Alicia Martins)
​Prompted by LJ users moriwen1, rix_scaedu, Twitter user Harriet Clough, DW user brushwolf, and Hurt/Comfort Card 7-31-14
Sponsored by Anthony & Shirley Barrette

"Contracts and Bargains" 11-7-14 (fishbowl spillover)
Summary: The Puppetmaster and Dr. Infanta discuss the rising problem of bullies and bigots, and come up with some interesting ideas how to cut their legs out from under them.
Characters: The Puppetmaster, Dr. Infanta
Guest stars: Passeroto
Cameo appearance: Koroleva, Shigeru Fukui, the Vanguardian
Prompted by DW user dialecticdreamer, Anthony & Shirley Barrette, and
​Origfic Bingo Card 9-29-14
Sponsored by Anthony & Shirley Barrette

"To the Bearer" 7-7-15
Summary: When a scientist discovers a line of research that points to human immortality, he realizes how much damage it could do. So he takes it to the one person who has experience with that sort of thing: Dr. Infanta.
Characters: Dr. Infanta, Dr. Kir Bukowski
Guest stars: Nanette
Prompted by Anthony Barrette, LJ user Rix_scaedu and Origfic Bingo Card 5-18-15
Sponsored by DW user janetmiles
​
"By Our Limited Human Standards" 7-22-15 (fishbowl spillover)
Summary: The Preacherman and his Posse unwisely interrupt a bunch of supervillains at play. Canon-typical violence ensues, but it's really more of a comedy than anything else.
Characters: The Preacherman
Guest stars: Dr. Infanta, Nanette, the Charioteer, Gargantua, Ethan Wheeler
Cameo appearance: Mr. Pernicious, Joystick, Gopher, Redeye, Cacophony
Prompted by LJ users ng_moonmoth and ellenmillion, and origfic_bingo fest.
Sponsored by LJ user ng_moonmoth

"The Day of Their Calamity" 10-4-16
Summary: When the perpetual strife between Israel and Palestine ratchets up the noncombatant body count, Dr. Infanta decides to provide a lesson in the gruesome and indelible consequences of their uncivilized behavior.
Characters: Dr. Infanta
Prompted by DW users callibr8, kelkyag, librarygeek, shiori_makiba, moongoddessgirl,
​LJ user janetmiles, and Hurt/Comfort Bingo Card 7-16-16
Sponsored by DW user librarygeek